With the acceleration of the new round of information technology development such as the Internet of Things, cloud computing, and mobile Internet, smart parks have become an "evolution" trend that transcends physical carriers. Especially in science and technology parks and industrial parks, the intellectualization, innovation, and technological transformation of the parks are particularly prominent. 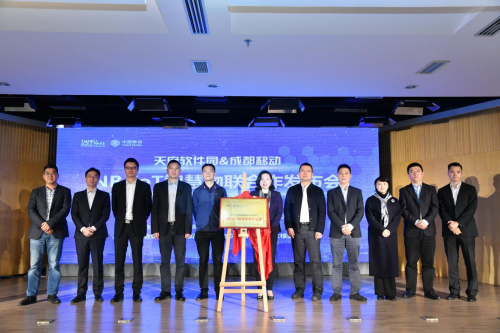 NB-IoT (Narrowband Internet of Things) is still a relatively unfamiliar concept to the public. The person in charge of Tianfu Software Park said that the newly launched NB-IoT narrow broadband technology has the characteristics of wide coverage, low cost, low power consumption, and support for massive connections. It is a revolutionary technological breakthrough in the field of narrowband Internet of Things, which is useful for the construction of smart parks. It is of great significance. As the basic means for data collection of park facilities and equipment, it is the basis of the perception layer of the smart park. This time, the smart park cooperation signed by Tianfu Software Park and Chengdu Mobile is to create a smart park based on NB-IoT.

As an expert in IoT intelligent communication, Zongkong was also invited to participate in this conference, and comprehensively demonstrated the fast, stable and safe wireless transmission terminal products of Zongkong in the field of IoT communication to enterprises and industry professionals in all walks of life. And industry solutions, fully demonstrated the strong company strength. In the future, Zongheng Zhikong will continue to develop IoT products based on NB-IoT, build NB-IoT application scenarios, help IoT applications land, and promote the rapid development of the IoT industry.

Previous: [Sharing, Win-Win, Innovation and Development] Zongheng Zhikong was invited to participate in the China Tower Business Partner Exchange Conference
Next: Innovative integration of production and education features, a win-win situation for a better future of IoT
返回列表
为您推荐
友情链接